Death Valley is gifted with a dark night sky. I could see more stars in the sky than I have ever seen. There is hardly any light pollution and there is so much you can do at night. 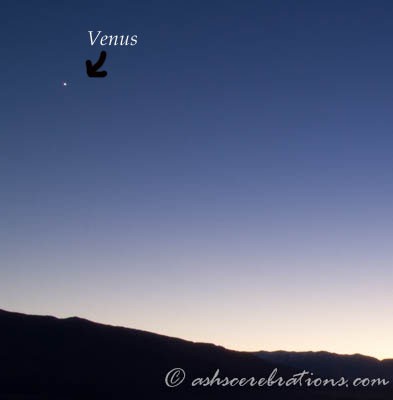 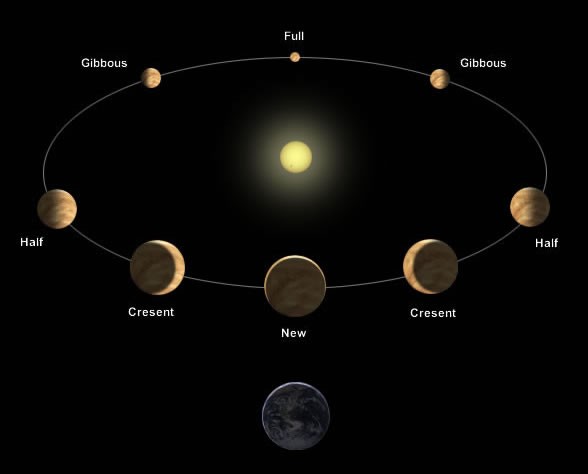 Above picture taken from: Phases of Venus

In 1610, with his small telescope, Galileo first saw the planets Venus and Mercury moving through a cycle of phases much like our own Moon. This observation finally killed the ancient Ptolemaic view of the solar system, which held the Earth as the centre of the universe. And it helped bolster the Copernican view of the solar system with the Sun at the centre and the Earth taking its place as the third rock from the Sun. For Venus, the cycle from full to full takes 584 days.

Mercury exhibits the same series of phases, though it moves through the cycle more quickly, in approximately 116 days, because of its speedier orbit around the Sun. Unlike Venus, Mercury appears brightest when it’s full. Learn more about Venus and Mercury here: Phases of Venus

The one planet that I am eager to see in my telescope is Mercury. We have already seen : Venus, Mars, Jupiter, Jupiter’s moons and Saturn through our telescope. Since Uranus and Neptune are not visible to naked eye, it may be difficult to find them in the sky.

Yosemite is supposedly another good place to see the night sky.

OTHER POSTS ON DEATH VALLEY:

22 thoughts on “Things to do at night – Death Valley”