How are you all doing? Hope you are all safe. I stopped blogging completely but it was not planned. I just did not feel like blogging and did not think I had anything to blog about. The last few months have been depressing and my kid is at home which kept me busy. It is difficult to keep a small child entertained at home, while also making sure you are working on your full time job.

I deactivated my Facebook account (finally!) few months back and haven’t felt the need to activate it again. To make sure I don’t end up activating my account, I created a new account where I am following my favorite groups and pages. That account has zero friends and that helped me as I could still follow some updates on my news feed but did not have to deal with friends. My mental state has improved so much as I no longer compare myself with others and their lives. I used to constantly feel bad when people posted photos of their trips or photos with their friends as I don’t really have a good friend circle here. Now I am happy and content with my own life. Also some negative posts about current affairs or political posts would trigger me so much and that is not there now. We (husband and I) like science/astronomy/geeky stuff that not many people like so it’s difficult to find like minded friends as we don’t like what others generally like. I don’t like romance/sappy stuff, I don’t like cooking, I don’t like small talk, I don’t like partying or socializing all the time. I prefer reading quietly at home to going out most of the time. 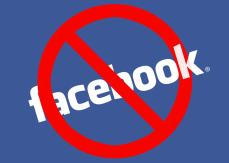 I hardly use Twitter or Instagram either so I can safely say I am not on any social media right now and that is such a relief for me. I think I am generally more happy in life now. The only place I socialize on is my family group on Whatsapp which I check when people post anything other than junk forwards.

I was always interested in board games and we had few games at home that I had bought but never played. We used this quarantine time to play some board games. I also ended up ordering many games which we played with the kid. If you are looking for some ways to spend time with your family and want to have fun with kids, get board games. After I started doing my research, I found so many amazing board games that I did not even know existed. We had 3-4 board games but now we have 40 or so games at home. Lol. I love playing with my kid and I get excited every time he beats us in a game. Board games made these boring days at home enjoyable.

Some of the games that we have been playing at home –

Other than that, we have been binge watching some TV series. I finished all the seasons of The Good Place and it is now one of my most favorite TV shows ever. I loved the philosophical discussions along with the humor. I had no interest in philosophy but after watching the show, I am interesting in learning philosophy.

We then watched first season and half of second season of “Anne with an E”. The first season was great but second season was crap. They deviated from the book and added elements from modern day which made it boring. But the actors did a great job. I am now planning to reread the books from this series. 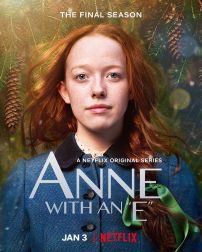 We are currently watching “The Expanse” TV show. I tried to read the first book from the series but found it too slow paced for my liking. I tried watching first few episodes few years back and found it boring too. This time we slogged through the boring bits and now we are hooked. It is one of the best space shows I have ever seen. We are on season 2 and can’t stop watching it. I will try to read the book series sometime in the future but for now, loving the TV show. This is indeed Game of Thrones in space. 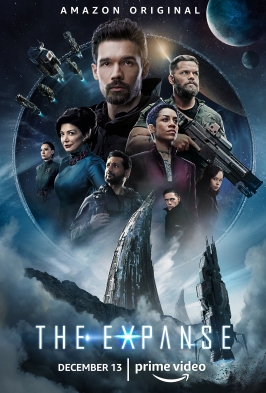 I have read one or two books here and there but not much reading as I am not alone during the day. Family is at home so I don’t get time where I can sit alone and read stuff. I did listen to couple of audiobooks while doing some work like “The Last Emperox” – the concluding book for John Scalzi’s series and loved it. I read it on the day it was released on Audible and it was a  fitting conclusion to an epic series. 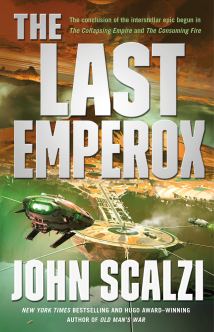 I also read some fantasy books that were on my tbr for a long time. More on the books I read in another post.