Everyone loves sci-fi with aliens and spaceships. I decided to make a post about some aliens in fiction that I found fascinating. Many books briefly mention aliens and do not spend time explaining what those aliens are like or how these aliens are different from humans. The following are some sci-fi which do significant amount of world-building of aliens and alien planets. Some are scary aliens while some are friendly and helpful to humans.

As soon as someone mentions the word “Alien”, this is the movie series that comes to my mind. There are 4 movies in this series and second movie is the best. It’s damn scary and I had to mute some parts of the movie to be able to watch it without getting a heart attack. The aliens in this movie are quite scary. They can enter any human body without the knowledge of others on the space ship and they wreck havoc on a spaceship consuming all the humans onboard one by one. 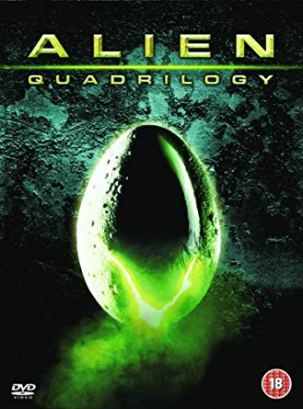 As promised, here are the friendly aliens called Overlords who act like godfathers to humans. They bring peace and prosperity to the world, take care of humans and are selfless. Whom are they serving and what is their ulterior motive? You will find out towards the end.

3. The Left Hand of Darkness by Ursula K Le Guin:

I cannot believe I had DNFed this amazing book in the past. I read it again this year and I loved it. It is one the most thought-provoking book I have ever read. LeGuin has constructed an alien society which has no wars, no gender and there is so much commentary on humans through these alien societies. There is a relationship between an alien and a human which was beautiful. I read this book as part of my SF course recently and wrote multiple essays on it.

4. The Word For World is Forest by Ursula K LeGuin:

Many people loved Avatar movie but very few will know that the movie took its inspiration from this book. The story of this book is almost same as Avatar movie. Innocent calm aliens encounter greedy violent humans in this novel. It is probably the best book on colonization I have ever read. That reminds me that I should read more books by this woman.

I have only read the first book in this trilogy but the aliens in this series are different from aliens in every other novel. The aliens here are again friendly but they deal in gene trading. Humans are not given any choice and it is up to you to decide if what the aliens are doing is for humanity’s good or not. The book made me uncomfortable and unpleasant which is why I have not picked the other books in the series yet.

Humans encounter aliens on a strange planet covered with water and they want to “uplift” them and make them more sentient. The world building was great and the author has created multiple alien species. In this Universe, sentient species uplift other species and make them sentient.

7. The Long Way to a Small, Angry Planet by Becky Chambers:

I read this book during scifimonth last year and it is about a crew navigating through space in their spaceship. It has multiple species of aliens who are different from one another in many aspects. This is a fun book about aliens and space.

If you watched Arrival movie and realized how difficult it is to talk to aliens, this book is for you. It is about a town set up by humans on an alien planet. Humans and aliens cannot understand each other which is why humans train ambassadors who can talk to aliens. This book is all about linguistics, communication with aliens and some cool concepts. It is not an easy read by any means but worth investing time. 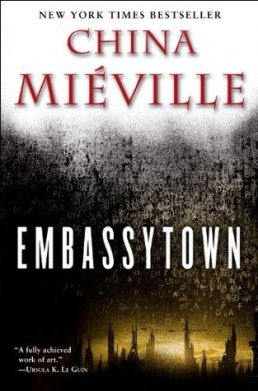 9. The Three-Body Problem by Cixin Liu:

I read this book and the second book in the series this year and loved it. It is about an alien race which come in contact with humans and they are more technologically advanced. I will not say much as anything will act as a spoiler here. Please read this book if you love science, hard sci-fi or are just curious about our first contact with aliens.

We humans are scared of meeting an alien species which will be violent and will want to destroy us someday. This fear probably started with this book where aliens come to Earth and start killing humans. It’s not that scary now as we are immune to such stories after watching multiple alien invasion movies. But still it is good to go back and read the book that made people fear aliens.

Do recommend any other books with aliens that you enjoyed.