After binge-reading Deathnote, I was on the lookout for some series which was equally dark and suspenseful. I tried several manga series but didn’t feel like continuing any of those. I visited Kinokuniya bookstore and asked the staff to recommend me some series which was like Deathnote and they recommended Erased to me. They were absolutely right when they said it was like Deathnote.

I binge-read this series last month and it is now one of my most favorite series ever. The books have time travel and are about trying to change the past, while also trying to catch a serial killer. The series reminded me a bit of the movie – The Butterfly Effect and the time travels reminded me of the TV series and comics – The Flash.

Satoru Fujinuma suddenly finds his mother dead and he ends up going back 18 years in time to his school days. Some serial killer was at loose when he was in school and that killer had killed three school children. Satoru suspects that his mother’s death might be linked to these other deaths that happened in the past. 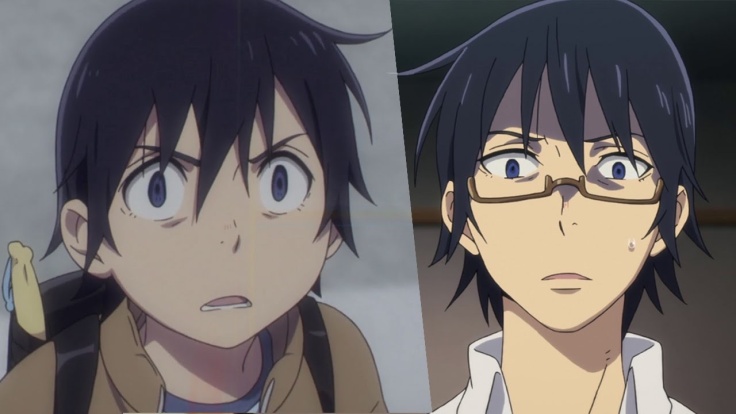 The book goes back and forth between past and present and the scenes which are set in the past were amazing. I could not put the books down until I had finished them. They were suspenseful and kept me on the edge of my seat. The characters were developed well and they each had their own voice. I felt deeply for every single character, even when main protagonist was not present. The last book (Book 5) is from POV of all the other characters (Satoru’s friends and mom) and I loved it too, even though it was not about the main plot of the novel. 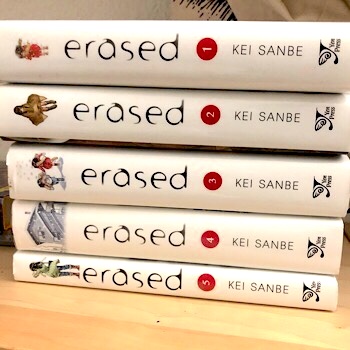 My only complaint is that the identity of the killer was easy to figure out. I guessed it way ahead of time, but there were other twists in the story so it didn’t make me that disappointed. The ending was pretty straightforward which I found little disappointing. I had very high expectations from the series considering how amazing the beginning was I guess. I wish the series had more time travel, plot twists, suspense and had gotten darker. But I still loved it. Maybe because the author did not go crazy with the time travel and made the story more believable and emotional. 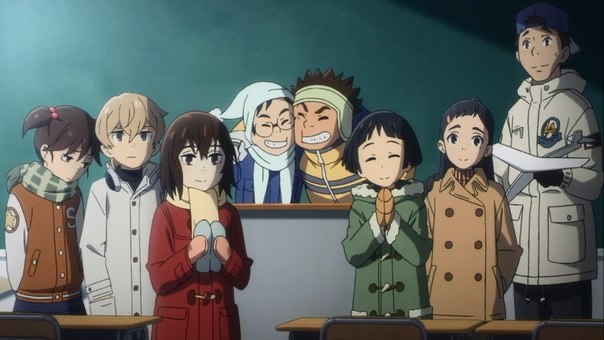 First omnibus volume was the best in the series. I am really sad that this series ended. I wanted more of Satoru and his friends. Even his mom was a great character. I highly recommend this series to anyone who likes science fiction or thrillers.

I also saw the Anime adaptation of this series and it was great. It was faithful to the book series, except for the ending which was different. I think I preferred the ending in the book series to be honest, but I am glad I saw the anime.