I read a total of 8 books in October, out of which 5 books were graphic novels/manga. October was a pretty hectic month for me and I hardly got any time to read books. I couldn’t read much from my Halloween TBR. I read some pages of IT but the size of the book again intimated me and I ended up choosing graphic novels over such a huge book.

I borrowed couple of books from my library – one was a manga and the other was a tiny book. 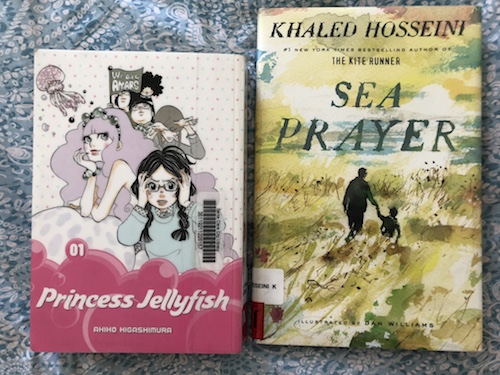 I also borrowed one more book from library which I loved –

I watched Coco movie (Pixar) and seeing Frida (or a character pretending to be Frida) in the movie made me want to read about Frida Kahlo, so I picked a small book about Frida as I am going to Mexico.

So what did you read in October?

6 thoughts on “Oct Reading Wrap Up”