I wanted to write a blog post about this topic for a long time now. I couldn’t find enough time to blog, thanks to the hectic work schedule in the new team. I spent most of my free time this month in cleaning the house and applying minimalism techniques I learnt in some of these books. Now everything at home has its own place and anything that doesn’t bring joy has been kicked out of the house.

Coming back to the topic of this blog post, I have been reading fairy tales ever since I could read. I love fairy tales and would love to introduce them to my son. I was also a big fan of Disney movies as a kid. I loved all the Disney princess movies like Aladdin, Little Mermaid, Beauty and the beast etc. I had seen these movies multiple times on TV and some of them even had TV series like Alice in Wonderland, Aladdin and Little Mermaid. I watched TV and movies a lot as a kid and still kept topping my class. Every Sunday morning, I would have my breakfast and watch cartoons for an hour or two. That does not mean that I did not go out and play. I did play with some friends in the evening in a park near our house, but Sunday mornings were specially dedicated for cartoons. Dinner time was for watching some TV series with my parents. If I had exams, I would reduce my screen time and instead study for exams. TV made my life less stressful and gave me some much required break from studies.

When I talk to other parents now, most of them think TV is bad for kids and that kids should not watch TV at all. Some of my friends don’t even have TV at home. They themselves watch videos on their phone and their kids have zero screen time. I am not sure I agree with them. TV is not as evil as people portray it to be. If you deprive children of TV, they will become addicted to them when they grow old and discover how wonderful some cartoons and shows can be on TV. Even if you restrict their screen time now, what are you going to do once they are teenagers and discover TV at a friend’s place? It’s possible that even though you cultivated the habit of reading, the kid might end up not reading any book as an adult (we know so many adults who have time to watch TV but not read books). Even when I am tired, I prefer TV over books. Helicopter parenting has become prevalent these days. Parents want their kids to have perfect environment and become obsessed with everything, like how many mg of sugar their kid had in a day, how many minutes the kid watched TV. Our parents were never obsessed about these things and we turned out okay. I was good at academics always and I feel it is okay to grow up in a relaxed environment. One doesn’t have to run from soccer class to music class to gym and spend whole day solving mathematics problems in order to be successful in life.

Our son loves reading books too. We did not switch on TV at home until he was 1 and a half years old. But after that, we never restricted TV for our kid and he is not addicted to TV either. He knows that he can watch TV for sometime everyday and he relinquishes the TV remote willingly. I am not sure about other kids, but TV did help my kid with his vocabulary a lot. We never spoke English at home but thanks to some cartoons, his English vocabulary improved a lot. Some shows which ask kids to identify shapes, colors etc helped improve his speech and memory. Some funny cartoons make him laugh and make him cheerful when he is throwing a fit or tantrum for something. But yes, we restrict the screen time. We don’t let him sit for an entire day in front of TV. He plays with his toys, goes to the park to play with other kids and we take him to library and other places too. Let the kid have fun and enjoy life too – that’s our mantra for now.

The other topic is fairy tales which mostly show women in need of help and can’t help themselves. I agree that the fairy tales always have men saving women but these days, people take everything to extremes. I see people saying they will never introduce fairy tales to their kids. Fairy tales are a child’s introduction to fantasy and imagination. I love reading stories about dragons, princes and princesses to my son. If you really think that a story is problematic, you can maybe explain it your kid. 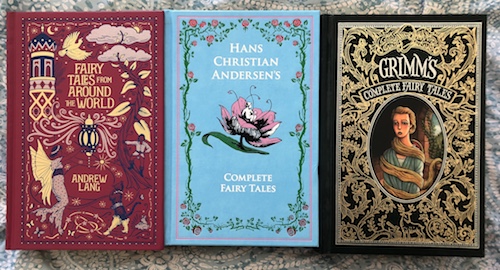 I also don’t understand why women cannot be feminine. Feminism doesn’t mean that every single woman has to be brave and save herself. Any story where the woman character is feminine is considered flawed by today’s standards. I am a feminine person. I cry at the drop of a hat. I am not brave. I take help from my dad and husband. I don’t want to be a tomboy. Does that make me less of a woman? Lot of people have problem with Anne from The Famous Five series by Enid Blyton. Anne is very much like me – scared of going on an adventure, not brave and feminine. I was able to relate to her a lot, which is why I liked George character more. George was daring and more adventurous and I wished I was brave like George. But I resembled Anne more than anything. Does it mean every woman has to be like George? I don’t think so. It’s okay to be Anne and take a back seat in an adventure if you are not a courageous person. It’s okay to dress up as Snow White and as Wonder Woman.

There is nothing wrong in not wanting to be a brave person. Not every girl needs to be tomboyish. Few of my friends were disappointed that their daughter did not turn out to be a tomboy. One of my friends thinks her daughter will end up becoming a housewife (her words) since she loves to dress up at such a young age. Kids just imitate parents. If mother spends more time in dressing up than she spends on reading, the kid will most likely prefer dressing up. So maybe you should set a better example?

I think the meaning of feminism is getting distorted. Feminism does not mean women acting like men or trying to do everything men do. Feminism means equal opportunity to become whoever you wish to be.

This post had no purpose other than to just rant. See you guys with a more useful post soon.