Out of these 89, many of them were fantasy and graphic novels. Here is the breakdown –

I read many good books this year and I rated most of my books either 5, 4, or 3. I had very few disappointing reads this year. 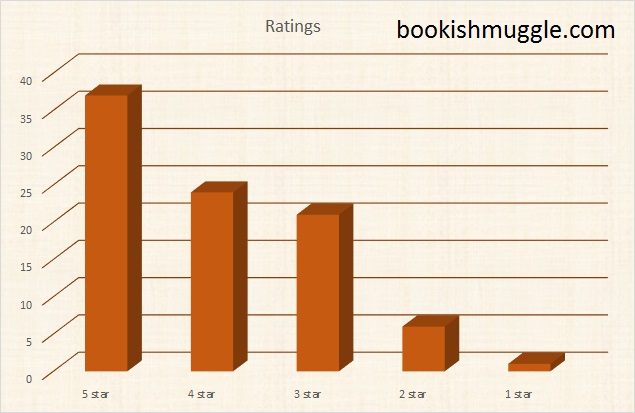 Most of the books that I read were released in 2000s and onwards. I did not read many older books which were released prior to year 2000.

These are my fiction favorites from 2016 –

What are your favorite reads of 2016?