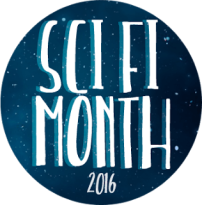 This book was on my tbr for way too long. This is my third book by H.G.Wells, after reading “The time machine” and “The invisible man” which were both amazing books.

The War of the Worlds is an alien attack book where aliens come from Mars and start attacking people on Earth. For some reason, this book bored me in the first half and I was turning pages to see when something interesting would happen. The first few chapters were great where he describes how the aliens came and started attacking everyone. He also talks about the technology that they use to kill people.

But after that, he started explaining how people fled from the cities, how everyone was terrified etc. He started throwing way too many names of places, towns, bridges at the reader. Mr.X escaped from place x, then crossed bridge y, then headed towards town z. This got so repetitive and for a person who has no idea where x, y and z are as the person has not even been to London, it was boring to read these. At least if the book had a map or something, I could have followed the path of someone’s flight. So that section got pretty boring for me.

But once I crossed that section, it was great. I got the science and writing that I was expecting from Wells. He explains what the aliens are like and about their technology etc which was just too awesome. The science that he talks about has not aged that much and some of it still makes lot of sense.

I was disappointed that the book did not terrify me, the way his other books did. But maybe because I knew the ending and had already seen the movie, I knew what was going to happen and I did not get scared. This is why we should read the book before watching the movie I guess.

Considering this is the first book written about alien invasion, I think it was great. Wells always writes stories which are original. I am not sure how he came up with such unique ideas whether it is about coining the word “Time machine” or creating an “Invisible man” or bringing aliens to Earth.

The first half was little boring but the second half made up for it and it was great. So I would still recommend this book to anyone who likes alien invasion stories. After all, how can you miss the first alien invasion story ever written? Also hard sci-fi is my favorite sub genre in Science fiction and Wells is one of the best in hard sf. This story sounds so realistic, this could very well happen if aliens decide to attack us.

If you are starting with Wells, I would suggest you start with Time machine or Invisible man, as I enjoyed reading them more than this book.

These opening lines from the book are so haunting –

Some of my favorite quotes –

“The chances against anything man-like on Mars are a million to one”, he said.

“It is still a matter of wonder how the Martians are able to slay men so swiftly and silently.”

‘This isn’t a war’, said the artilleryman. ‘It never was a war, any more than there’s war betweeen men and ants’.

I wanted to finish listening to the Jeff Wayne’s musical version of the story, but I could not completely listen to it as everyone at home was sick for last few weeks. Also Fantastic beasts got released which left no time for other books.

I will now watch the movie again to see how faithful it was to the book.

My other book reviews:

16 thoughts on “The War of the Worlds – Book Review #RRSciFiMonth”