This year due to lack of time, I have been reading more short stories and novellas. Earlier, I never felt short story collections were worth my time. But when you are in a reading slump or when you don’t have much time to read a huge novel, short stories are better. After reading them, you still feel accomplished. 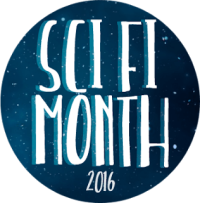 I own few science fiction short story collections. Here are some of the books that I own from which I read the following stories:

The short stories and novellas that I read this year are –

Have you read any of these stories? or any other short story/novella? Do you like reading shorter fiction?