Sir Isaac Newton is regarded as a genius. I recently got hold of his biography written by James Gleick, who has also authored Genius and Chaos. I always wanted to know more about Newton’s life. Having known Einstein’s biography, I was curious to know how Newton’s life was. “Newton was not a pleasant man“, is a statement about him that always comes to my mind, after having read Stephen Hawking’s review about Isaac Newton. He had too many adversaries and never had any friends. He was very lonely in his life ever since he was born. He was fatherless and his mother never wanted him. He neither got married nor did he ever involve in any relationship with any woman. His life is really intriguing. 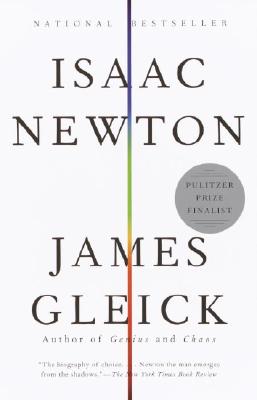 After knowing such less facts about his life, I always wanted to read more about his life. This book is very small and gives a brief overview of Newton’s life. It is not very technical with too many details. I found it little disappointing since it is written in a layman language, helpful for non-science students. There is no mathematics at all in it, which is what I expected to find. But still it mentions all the concepts in Mathematics that Newton came up with, starting with Differential and Integral calculus to Binomial theorems, Ellipses, curves, centre of curvature, radius of curvature, cycloid etc. Even though I knew about some of his works, I never knew that Newton has contributed so much to Science and Mathematics, until I read the book. I am really in awe of this man.

He truly is a genius. I cannot think of another scientist who can be of match to him. No wonder he was the first scientist to receive Knighthood. It also talks about all the arguments that Newton got involved into. The famous one with Leibniz over calculus, the hatredness that Hooke and he had for each other. It also speaks of how he took Flamsteed’s findings and published them even though Flamsteed did not approve of it. It also talks about Newton’s interests in alchemy and his work on element Mercury, which I did not have much idea about. It also talks about Newton’s interest in Biblical matters and how he was not inclined towards Catholicism. His contributions to time, space and motion, his findings on planetary motion, movement of the moon, tides, comets are commendable. He invented the reflecting telescope (one of which I own :D).

Now that gravity is like a matter of common sense these days, it is interesting to know what people felt back then. How people thought it was something supernatural or magical and how they condemned Newton for that. I loved the lines which Newton had written and the author has quoted where he says that he did not care about what others thought and that he was satisfied that it had a mathematical backing 🙂 And like I had read earlier that the apple falling on the head did not lead him to find out gravity, the author confirms this theory saying Newton never mentioned that in any of his notebooks. 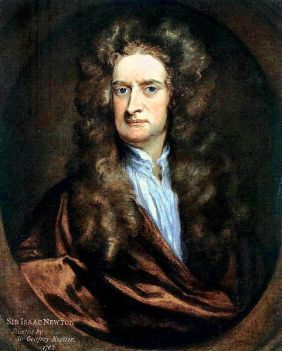 One of the most interesting facts about Newton that I learned was that Newton never did any kind of research to get acclaim. He worked on problems and came up with solutions only for “himself”. He always wanted to learn the ways of nature and it was his thirst for knowledge that made him explore more. Another interesting fact about him was that even though he had done lot of work on light and color, only after others forced him, he published his work after thirty years. He never published his findings, he liked to keep them to himself. The author says a lot about Newton’s involvement with Royal society and how he ended up becoming the president of it later on.

What I liked in the book were the quotes, statements, figures drawn/written by Newton himself that the author has quoted. It feels good to read what Newton had written in letters to other scientists or the notes that he took in his book about his findings. Because of the presence of such authentic writings, you tend to believe in everything the author says about Newton. A thorough research about his life has been done by James Gleick and he needs to be praised for that.

However not much light has been cast on some of the important phases of Newton’s life. He had a nervous breakdown at the age of fifty or so and I really wanted to know more about how he recovered from it, but it has been very briefly mentioned. Even though the author has mentioned lines from letters that Newton wrote to other scientists, it still felt incomplete.

Overall: It is a great book if you want to know more about Newton’s life. A very interesting read and because of its size, does not take much time to complete it.