Ramanujan is one of the greatest mathematicians and the most famous mathematician that India has ever produced. I hardly knew anything about him or his contributions to mathematics. I picked this book up with the sole intention of knowing more about this genius. And I am so glad that I did. It was such an inspiring story that I feel every young person must read it. 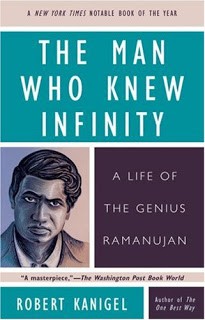 Ramanujan has been compared with mathematicians like Euler and Jacobi. Ramanujan was a genius, he was –

The book is full of quotations, interviews compiled by the author and it shows how much research went into this book. Author has done a great job of not being judgmental about anything he mentions in the book. It is one of the best biographies I have ever read. Ramanujan’s story is very interesting since it is a rags-to-intellectual riches story, where an Indian clerk who did not even complete his graduation scribbles theorems in a notebook, which even surprised the most educated mathematicians in colleges like Trinity (where people like Newton taught). Without any formal education, he came up with theorems which took many years for other mathematicians to decipher or come up with proof. Unfortunately, he died at the age of 32. I wonder what other major contributions he would have done, had he lived for 60 years or so!

Ramanujan never got any support, while in India, maybe because of British Raj or maybe because nobody understood the significance of his theorems. Hardy, who was a mathematics professor at Trinity college studied the letters that Ramanujan sent and made him come to Britain with the help of Neville (a colleague). Hardy and Ramanujan together published many papers. Littlewood was another professor who appreciated Ramanujan’s talent. Ramanujan who did not get good vegetarian food (since he was a Brahmin) and had to face the brutal British chillness fell sick with tuberculosis. I believe he would not have fallen sick had his mother let him take his wife with him to UK. It was sad to know that he even tried to kill himself, because of the loneliness and rejection of fellowship as a result of racial prejudice. He later ended up getting fellowship from Royal Society and Trinity college.

He believed in God and attributed all of his brilliance to God. Some of the work that he had done, had already been discovered by someone else. But since he was not in touch with the western world and had no formal education, he was not aware of these discoveries. The book talks about his religious beliefs, personal life, his relationship with professors like Hardy, Littlewood and Neville, about Hardy’s life, his contributions to mathematics, his struggle to get recognition for the work he had done, his struggle to feed his poor family and his eccentricity and stubbornness. His interest in mathematics was so great that he worked on problems even when he was in hospital and even few days before dying.

At one point, he was so poor that he could not afford to buy a notebook. He would then write in-between the lines on an already written notebook using a different colored ink pen. Such was the determination of this man!

As Hardy says, a mathematician has to have an intuition first in order to come up with anything new, which Ramanujan had in abundance –

“a mathematician usually discovers a theorem by an effort of intuition; the conclusion strikes him as plausible, and he sets to work to manufacture a proof”

“The British thought Indians were inferior, and Ramanujan showed otherwise.”

His contributions include the infinite series, tau conjecture (also called Ramanujan’s hypothesis), a field known as probabilistic number theory, partition problems, mock theta functions, Ramanujan’s identities, composite numbers and many more. The book briefly talks about his theorems and papers. I would really like to get hold of “Collected papers” of Ramanujan which was published by Cambridge University press. His last set of papers written by him just before he died, were compiled as “The Lost notebook” and published later. I am sure most part of his theorems would not make sense to me. Those who are doing research in that field would understand them better. There was a book which inspired Ramanujan to a great extent and I was really happy that I got to browse an online copy of the book. The book was called “A synopsis of Elementary results in pure and applied mathematics”, by Carr. Another book that was mentioned in this book (and I want to read) was “A mathematician’s apology”, written by Hardy.

“There is always more in one of Ramanujan’s formulae than meets the eye, as anyone who sets to work to verify those which look the easiest will soon discover”.

I was really surprised to know that it took about 3 months to arrive at a proof for one of the theorems written in his notebook. Ramanujan never bothered about proving any of his theorems.

I had no idea that his mathematics has applications in pyrometry, crystallography, atomic research, string theory, splicing telephone cables, cancer treatment, statistical mechanics, computer algorithms, space travel, cryptology, particle physics, fastest known algorithm to determine pi by computer and many more fields. Probably even he had no idea that it had so many practical applications.

As J.B.S Haldane says, new Ramanujans in India find little encouragement and recognition for their talent –

Hardy, who was the most distinguished mathematician in Britain says:

(Had he been discovered earlier and educated in a good University,) “… he would have been less of a Ramanujan, and more of a European professor, and the loss might have been greater than the gain”

“I owe more to him than to any one else in the world…”.

While reading the book, I was interested and I did research on Nobel Prize laureates from India for Physics/Mathematics and found only two names in the list: C.V. Raman and S. Chandrashekar. The other laureates are for Chemistry, Medicine, Peace, Literature etc. Don’t you think it is too small a number for a country with highest population?!

I highly recommend this book.

I watched this documentary – “Letters from an Indian clerk” shot in 1987 by BBC. It was an interesting documentary about Ramanujan and it ran for about 60 minutes. They even interviewed his wife who was 87 years old at that time. Ramanujan died when she was just 20 years old. I felt so sad looking at her talking about her husband who had died some 67 years back. Did she even remember his face properly? I doubt that. 😦 They also showed many photos of Ramanujan taken when he was at Cambridge. I had not seen most of these photos before.

The Man who knew Infinity movie is releasing in 2014. Earlier it was reported that R. Madhavan would play the lead role. But now I am seeing Dev Patel being casted. He doesn’t even suit the role. And I personally dislike him. I don’t want to watch the movie anymore. Madhavan would have fit the role perfectly, since he resembles Ramanujan and is a much better actor. Got the info from IMDB, here, here and many more websites.

P.S: There have been no good books written about Aryabhatta so far. Isn’t it time someone wrote one? Do you know any books on any of the other Indian mathematicians?

There is some amount of mathematics in this book. But I feel anyone with a basic high school knowledge of mathematics can understand the concepts and ideas presented in the book. There were some problems given in the book which did give some exercise to my brain, as I tried to solve them. If you are still not comfortable with it, you can always skip those few pages with mathematics in them. The book is more about his life, than it is about mathematics. So I feel everyone (even those who do not like mathematics) will have something to like. 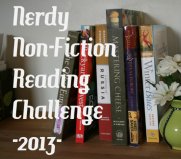 10 thoughts on “The Man Who Knew Infinity : Book Review”