I have already spoken about my undying love for Age of Empires game here and here. So when hubby dear said that he is interested in strategy games (just like I am), it was time to buy a brand new DVD of Age of Empires II and get him addicted to it. I already had the third part with me, but somehow I like the second part more than the third part.  Even though we own Xbox, we hardly play any games on it these days because we both despise shooting or killing games. We like strategy games where you need to use brains instead of the games that test how accurately one can move the joystick. 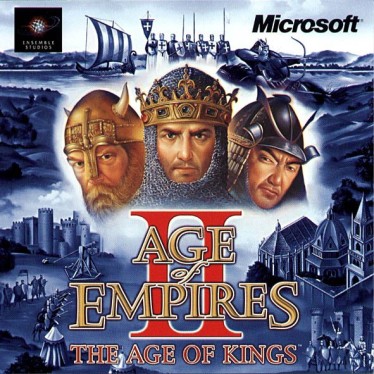 Real-time strategy differs from turn-based strategy in that players are constantly making moves instead of waiting on their next turn. [taken from Howstuffworks list of top 10 mind-bending strategy games article]

So these days we are addicted to some strategy games and playing these games over the LAN in multiplayer mode makes them even more fun to play. I had only played age of empires so far, but recently we discovered couple of other games which were equally good. Now that we are addicted to these games, it is not that difficult to spend weekend afternoons at home 🙂

Like I already mentioned, this is my all-time favourite strategy game. This game involves building an empire with soldiers, villagers and then defending it against any enemy attacks. It also involves conquering other kingdoms and defeating other kings in order to win the game. There was a time in my previous job, where I used to play this on LAN with my teammates. It was fun playing against 3 more kingdoms. Hubby and I started playing against each other, but always ended up fighting. “Why did you attack me when I was not even prepared”, “you built your fort so close to my mining camp”, “why cant you stay away from my premises” etc. Then we found a solution. Why not play together and fight against hard level computer players, instead of fighting amongst ourselves?! This was a better solution and the game got really interesting after that. We helped each other when one of our kingdoms were attacked. We sent each other resources if one of us was short of something. The game was really interesting once we played it together staying on the same team.

The creators of Age of Empires created this game called Age of Mythology, which has mythological characters and the civilizations themselves are either Egyptians or Greek or Norse. We did not quite like this game, since there are not many civilizations available to choose from. Also the game as such is not very interesting. Each civilization has its own special powers and if you chose the right civilization, you will have lot of power and can easily win the game. 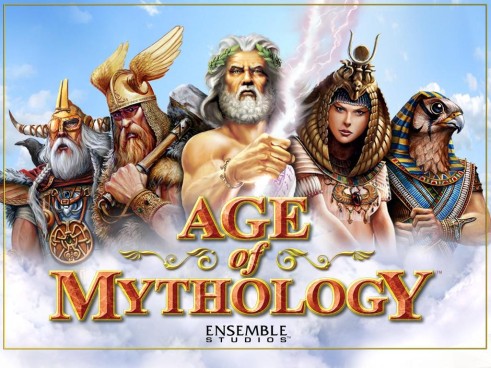 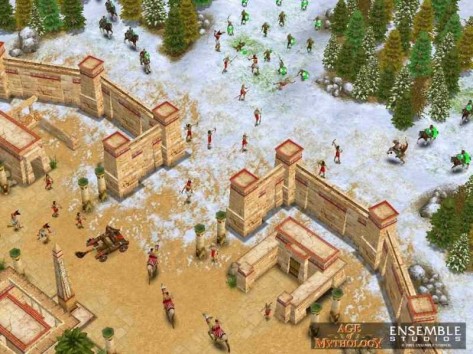 These days, we are hooked to this new game that we discovered: Rise of Nations. I must say this game is as good as or sometimes even better than Age of Empires. In age of empires, you have a single city to defend. However, here you can build multiple cities and protect them separately. Just because you lost one city to an enemy, you are not out of the game. The other good thing about this game and the only reason I am hooked to it is that you can play modern warfare here. Seeing soldiers hold guns, instead of swords is so much fun. You can also create any number of wonders you want. And you can play as any country you want. Each civilization has its own benefits and perks. I am totally addicted to this game and so is my husband. We usually decide that we will not play the game and then one of us gets tempted and pulls the other. We end up playing this game for hours together. Time just flies when you start playing and then you realize that you spent 2 hours playing this game. 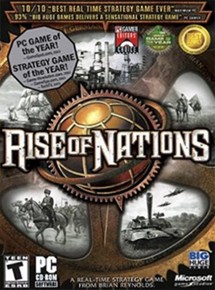 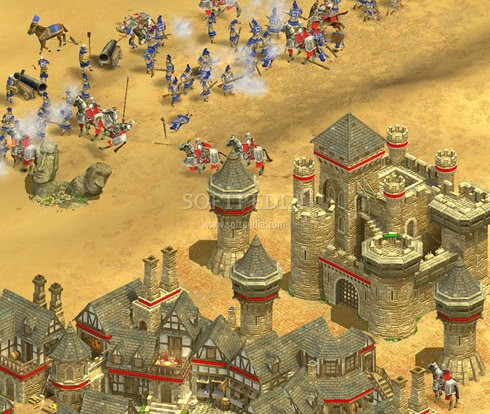 Why don’t they make more games like these? Games where you need to use your brains? Also I have not seen a single strategy game in Xbox or PS3 (except for Civilization which is not that great). Is there a particular reason for that?

Strategy computer games such as SimCity or Age of Empires are designed in such a way as to challenge human brain and make it find new ways to solve difficult problems. Gamers are put in front of real life situations or possible situations and are given the freedom to choose what they want to do. Without making the right moves and right decisions, the player cannot move to the next level, cannot evaluate. These games are meant to make the player think, find new solutions, evaluate them and choose the most suitable ones. Also, it forces the player to face the consequences of their acts and take it all over again if they fail to meet all the requirements or if they do not make the right decisions.

This means that more than one feature of the brain is exploited. The player must be capable of learning (the rules of the game, the situations and some of their answers, etc.), solve problems and mysteries, evaluating different possibilities, choosing between them and have enough patience to watch the evolution of the game and start it all over again when they have failed one or more tasks.

It is no doubt that strategy computer games really have the power to keep the brain working for more hours. And more intellectual activity means increased IQ, from which we can infer that they are really useful in improving one’s intellectual capacities.

Do you know any other strategy game that you find interesting? Please let me know so that I can try that game 🙂