One more country checked.. one more visa stamped..  Mexico 🙂 This was a sudden trip, totally planned but whether I was joining was undecided. Hubby had to go there for stamping and then I decided on the final day that I am joining him. Got visa stamped for Mexico, even though it was not necessary and we were all ready to go! Hubby did a lot of research and kind of came up with a research paper on do-s and don’t-s since I was also joining him. So we were all set to cross the border and enter Mexico 🙂

Sunday, we flew to SD and then crossed the border by walking. The Mexican border is so close to US! I had never even imagined that crossing the border would be as simple as crossing a gate. This was the first time I ever crossed the border of any country in my life. But it was so exciting to cross the border. We said “Bye bye US” and were tensed after entering Tijuana, Mexico. First look, nothing was different. For a second, we wondered if we had indeed entered Mexico. Found an yellow cab and asked him to take us to the hotel. Yellow cab drivers know English pretty well and they even take dollars, so no issues. Another research done by hubby 🙂 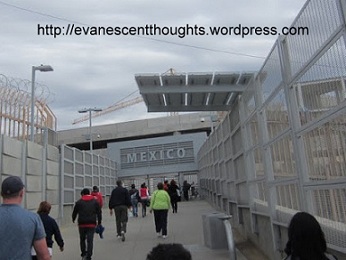 People kept asking me why we chose not to drive. Hubby read somewhere that there are no signal lights there. But we did see signal lights for every major road. But, small roads and circles did not have any signals. The city itself was on a hill. The roads are not as simply marked as in US. Just to read the name of a street and then to remember it is a herculean task by itself. We remembered our streets by keeping a note of landmarks. I wish I knew Spanish. I love that language a lot. I will learn it someday.

First day we went to CECUT which happens to be a cultural center. It had 2 museums inside it and they both were very interesting. In one of them, we even saw the declaration of independence document replica. If you want to learn some history of Mexico and to learn more about their culture, this is the place to visit. The first museum which had paintings, unfortunately had all the labels in Spanish, so we could not understand what it was. But the second museum which was more interesting,  had everything written in English as well. 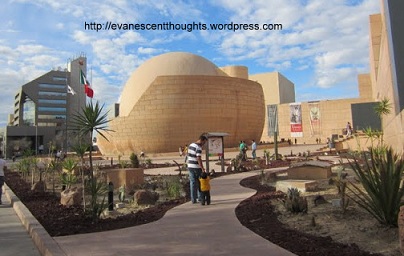 CECUT has a dome IMAX theatre and we bought tickets for a show which the person at the ticket counter said (or probably we misheard what he said) was about “Border fights”. We thought we will be seeing some war scenes on the screen. But after couple of minutes of seeing caterpillars and plants, we realized that the movie was about “Butterfly flights” and had nothing to do with border 😛 The movie was in Spanish and even though we did not understand a single sentence, it was interesting.

After that we headed towards Plaza Rio mall. It was very huge and comparable to any mall in US. Lot of stores with pretty dresses, lot of eating places and lot of people out for shopping. There was a band playing music in the mall around which people had gathered. After looking around for sometime, we went to Burger King to have our dinner.

The lady at the counter understood 0% of English! She absolutely understood nothing when we told her about “vegetarian burger”.. She called another person for help from behind the counter 😐 Meanwhile a person who was standing in the queue translated it to her. By that time, the lady who knew English came to the counter and then took our order. We were saved! We thanked her and the other person who tried to help us. He was very friendly and knew good English. He introduced us to his kids and wife and suggested some veggie places to us. 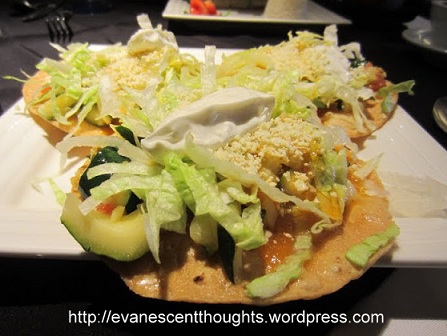 One thing that I am proud of is that we tried EVERY single Mexican dish while we were there. Next day we went to a restaurant and got ourselves Burritos and Tacos. They were yumm!! We also had Quesadillas, Hard shell tacos, Enchiladas, Tortilla Chips, Guacamole, Tostadas, Spicy Salsa (not available in US).. everything was heavenly. Mexican food is one of my most favourite food ever, along with Italian and Thai. So it was such an amazing feeling to have tacos in the land of tacos. I mean, how much more authentic can it get?! And trust me, tacos were simply the best tacos I ever had in my life. I so want to visit Mexico again just for the sake of food 🙂 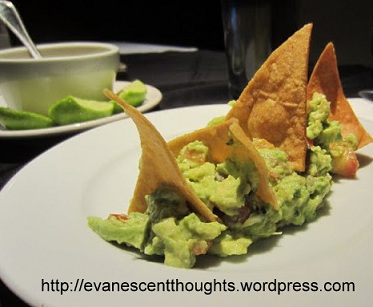 We went to this very famous street called “Au Revolucion“. It is lined on both the sides with shops. We got a pic of ours taken with a donkey after wearing Mexican hat and drape. It came out well 🙂 After that I did lot of shopping.. got a poncho and a Mayan calendar too. The place is very good for shopping. Lot of souvenirs to carry with you when you go back. There were lot of shopkeepers who realized we were from India and started shouting in Hindi, Urdu or any language they thought was spoken in India. We saw army folks patrolling in broad daylight, which was something new. 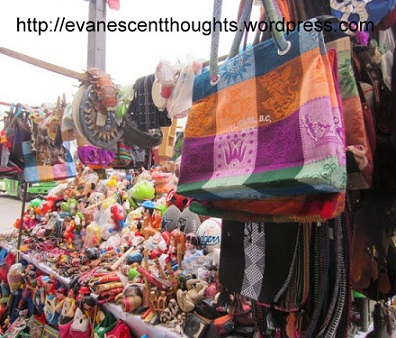 We had lot of misconceptions which were not true  –

1. You can manage in Mexico with English. Most of the people know English. Even if they don’t, they will still make an effort to talk to you by writing it to you on their phone.

2. It is pretty safe. We traveled at 9 in the night too and it was okay.

3. The city was pretty clean and well kept. The roads and signals were also comparable to US.

4. People are really nice and sweet. I did not find a single rude person. Especially those at our hotel. They made customized vegetarian orders for us, even though they had nothing vegetarian in the menu.

I loved the city, people everything. We did not have enough time to venture deep into the city. We stayed close to the border and want to plan another trip soon. I learnt few basic Spanish words.

It is so much fun to explore a new country.