I had never visited a prison in my entire life and was always wondering what makes them horrifying and terrifying.. I recently visited one of the deadliest prisons in the world (probably #5 or #6 deadliest)..

Check out for the entire list here.. It was so interesting to visit such a prison and to hear the stories from the prisoners who stayed there.. Most of them turned insane and many more committed suicide.. This prison was for hardcore criminals and it was like the deadend.. once you enter this prison, you are not going back because it was not built for rehabilitation.. purpose was more of punishment.. There was a quote saying “Break the rules and you go to prison, break the prison rules and you go to Alcatraz“.. What makes it so terrible? 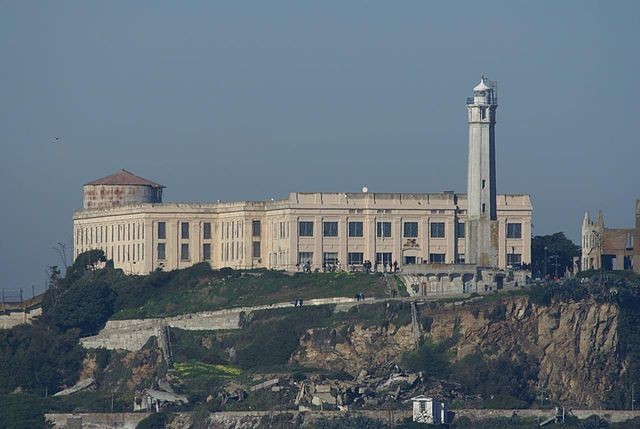 I just sketched the layout of the cellhouse of the prison.. There were 4 wings in this prison – A,B,C were normal cells with three levels of cells.. The cells are so small and have grilled doors with glass covering 3/4th of these doors.. One thing that really made me feel sick was the fact that a person spends 15-20 years in such a small cell; some spend their entire life too.. The cell just has basic stuff and nothing more.. One prisoner was heard saying that everyday he spent there, he kept repenting for the crime he had committed.. he just wished he had not committed the crime and ended up here..

D wing was more dreadful in that it had solitary confinement cells where people who misbehaved were put.. It had a solid door and nothing inside (no toilet or bed).. it seems a prisoner would be just pushed inside this and he would spend few weeks in there alone, with no contact with the outside world.. Imagine the total darkness by closing your eyes and imagine spending weeks together in that darkness!! Any person would go insane.. 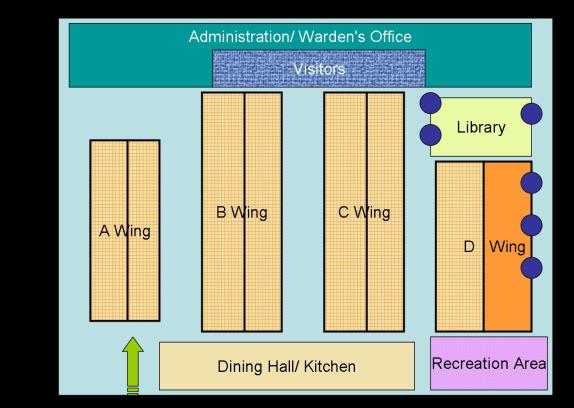 This prison was one of the inescapable prisons and not even a single person had managed to escape from it successfully.. Even though a lot of people tried to escape from it, they could not because of its design.. and also because it is on an island surrounded by ocean.. Even if you manage to break-through, it is impossible to swim across the cold water and those rapid currents.. There was also a shower area where the prisoners would take bath twice a week.. Once in a month, a visitor was allowed to meet a prisoner..

No armed officer was allowed to walk along the corridor surrounding the cells.. There was a separate gun gallery at the top where armed officers would move holding guns.. There was no chance for any prisoner to forcibly snatch the gun from an officer.. The most dangerous place in the cell house was supposedly the dining hall since there would be a huge gathering of prisoners, where they also had access to forks and knives.. I read somewhere that it is also one of the most haunted places on Earth… Some people hear screams from the cells where some prisoners had died and their souls are supposed to be still haunting 😛 Not sure about it but I did get scared to death after visiting the cells..Thankfully, we did not visit the dungeons which definitely would be more scary!

I think no person deserves such a treatment and it would be so nice if nobody commits crime.. You would definitely not want yourself to be treated like animals and put in a cage.. Think how miserable it would be to stay in such a cell for years together! We hate staying at home for even a weekend, imagine staying in a cell of size 5’x9′ for the rest of your life!!! It’s terrible and hope everyone in this world understands this simple fact and the world becomes criminal-free.. 😦

P.S: Watch my favourite prison movie – Shawshank redemption if you get a chance 🙂

P.P.S: India has a prison in Andaman and Nicobar Islands which was built by the British to imprison the freedom fighters.. Should see it sometime