It’s been five months since I came to US. After slogging for 5 months continuously, it was time for a break. I never even skipped having a chocolate bar on time back home. I became like a Somalian during those exam days when there was nothing to eat. More appropriate explanation for starving can be the lack of time to eat. Never in my life had I slogged like that before. Whole night worked on a project which got over in the morning at 5:30. Then I started working on a second project since both the project submissions were due on the same day. Then it was time to run since the professor had given a deadline of 2 PM to submit the project. Soumya and I ran to the college. By then, Sriram and Shivraj added some more text to the paper and mailed us. We took the printout, ran and submitted at 2:02 (past the deadline). Thankfully, she didnt refuse to accept. After the submission, I ran to give demonstration of the other project. I had already given a demo the previous day but for few conditions, my program would get hung. It was such a big disappointment after working on that project for about a week (when all the others worked on it as a group or flicked from others). Lifu saw my code and he realized that it didnt match with the code written by others in any manner. He had given me a day’s time to correct it. He had asked me to show him where I had gone wrong and had promised me to give a 100 if I did. So, off I went to show the now working code of mine to Lifu. I showed him that I had written for(j=0; j i++) instead of j++ . Then I insisted on giving a demo too. As soon as he saw that he put a 100 on my paper and told me that he had seen the code written by most of the people similar and hence had realized that most of them had worked in groups or had flicked others’ code. I was on cloud nine since he kept praising me and my code again and again. 🙂 Then it was exam time which meant slogging and night outs continued.

I was so pleased that the vacation time had come. All the homesickness which had prevailed for these months vanished when I met my aunts, cousins at SFO. The homely feeling that I got after going there was too satisfying. Also had homemade food after a long time. I started liking US after seeing such wonderful places. My friends were shocked to see that I had changed completely. My opinion about US had drastically changed. The girl who kept saying “I am going to US just for the sake of studying. I will come back after 2 yrs” , starting telling “lemme see.. I would love to stay here for long”.. hehe.. After enjoying for a fortnight and making my dreams come true (especially disneyland which was a dream come true for me), I returned back to the desert to get my skin tanned all over again. 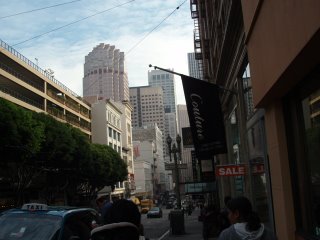 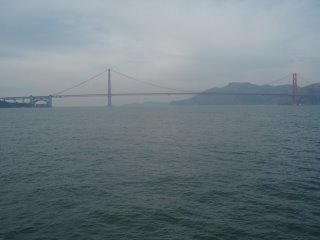